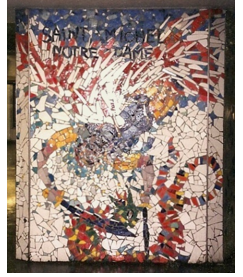 We’re moving out of the game of polarity into a new game. In 2002 I unexpectedly came upon the mosaic of Archangel Michael with his sword doing a battle somersault. It was on the wall of the Paris Metro station beneath Notre Dame.

As I stood in front of this amazing mosaic of Archangel Michael airborne with his sword below him, he delivered a message directly to me. He said that humanity only needs a homeopathic dose of negativity to hold the balance of light.

How many times have we heard teachers say, “Well if there’s more light then there is more darkness”? Every time I would hear this I would always hold back and not understand. In my own thinking, I could not comprehend that we would allow any more darkness in this world. When you realize the game is changing, you can see why this new information (very little darkness required) would make more sense, because it would make the transition from polarity much easier.

In homeopathy, the energetic signature of a herb in the final preparation is so minute that it does not appear to be present in a chemical analysis. I believe Archangel Michael gave me this message so that we could understand that it is no longer true that having more light on this planet means more darkness. I also believe it is so that we will understand that as long as we have polarity there will be some darkness but it might be so minuscule that it is not discernible to us.

Imagine that there is so much light here that all the evil that we know about is the homeopathic dose. Instantly we have increased the light on the planet because we have now put all of our attention on the light instead of the stuff we don’t want. For example, if we ask, “What about all the bad people in the world?”

When you think about or judge the behavior of the bad guys we have renamed alligators, you give them more energy with your emotion. The only way to avoid feeding them is to decide that they will have their own battle and it doesn’t involve you.

When you force yourself to examine the concept of no more karma, you can no longer have judgments about the thieves and the murderers. The alligators have used force to take over to some degree. But this force they have used will not be used to stop them. Instead, they will be consumed by love. Source will love them anyway. Perfect love casts out darkness. All-encompassing love consumes it.

Instead, they will be consumed by love. Source will love them anyway. Perfect love casts out darkness. All-encompassing love consumes it. 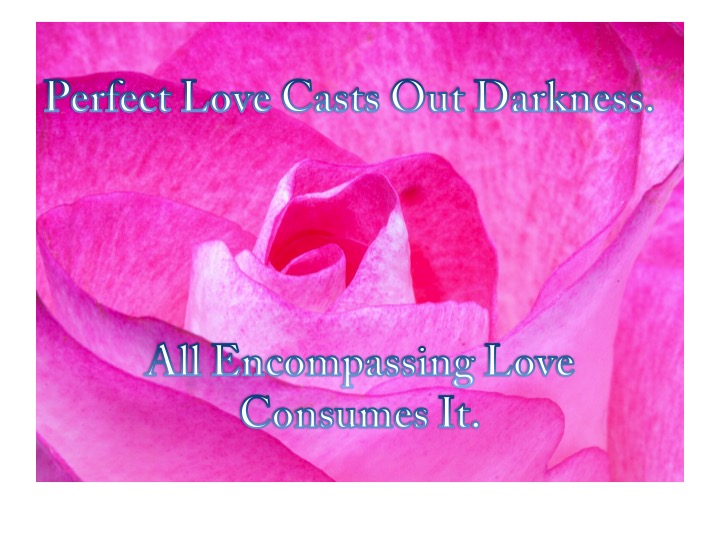