Excerpted from Reweaving the Fabric of Your Reality 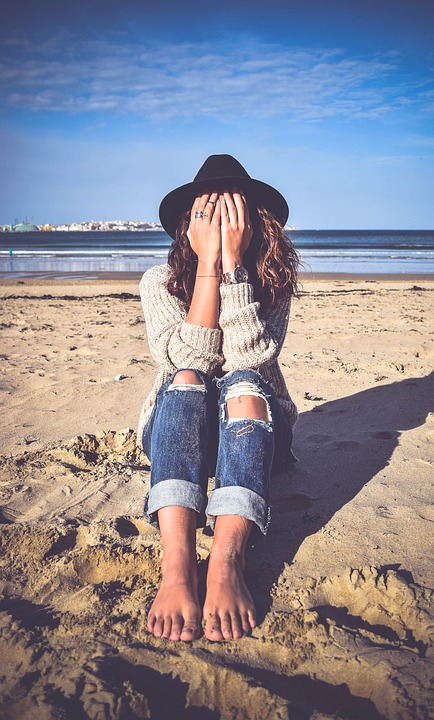 The suicide entity is real and attacks persons who are dealing with depression and issues where there is despair. In some cultures like Japan, the historical issue of suicide being an honorable choice is being over-written by the sanctity in all of life.

I am a spiritual teacher and empath. I am a direct channel to Source, and teach people how to get 100% accuracy with their Higher Self and to open to the Akashic Records. I didn’t want to write the book, Reweaving the Fabric of your Reality. But I had been channeling the information for a while, was asked to teach a class. That first class was such a success that  I put the class online and didn’t get any takers!  But I did get multiple requests for the “book.”  So I turned the class outline in the full story. When I finished the book my Guides said, “Ok, now create the CD.” What CD? I thought! I was told, to record all the prayers and invocations – so that anyone doing this work would not have to do this work by themselves.

How does someone become suicidal?

In typical instances in the West, this dysfunction (of someone who eventually attempts suicide)  begins by a person creating two parallel threads that initially are mutually supportive. Looking at this carefully you can see that a person sensitive to this type of expression is funding his or her life along with funding a fantasy.

As this miasma grows, one begins to spend more time funding the fantasy than reality. This may lead to misuses of drugs, alcohol etc. What happens next is that the fantasy becomes so well developed and so divergent from the reality that the individual person’s experience cannot be reconciled to their reality.

When that happens the person concludes (erroneously) that they have no recourse other than to end their life. It is usually near this juncture that the suicide entity enters the person. The suicide entity is an energy that wants to be validated by moving into a sad person to cause them to reinforce the idea that there is no other choice. This “seeking of validation” is an emotional entity that wants to evolve just like all of life wants to evolve.

In certain locations, such as Ithaca, groups of healers have worked diligently to dissolve this presence from the reality. I have observed this in families where more than one member was visited by this energy. In my own work, I pulled the “death-wish” off a young man who was in a serious accident and didn’t want to live. We have a right to live here. This invocation is extremely powerful. If you or a family member find yourself feeling this way I urge you to get professional help as well, as this is NOT a substitute for counseling.

This ceremony must be performed in the commanding voice. This is the voice you use when directing a dog – who is not obeying the first time. This is important. Always say your daily prayers, morning prayers, or some sort of “prayer to God” that sets the stage for the prayer to follow below. It can be as simple as, “Dear God, I am aligned with the light, and I’m committed to love and  100% God Light on the planet. Assist me to be the be the best I can be this day, and every day.”

Excerpted from Reweaving the Fabric of Your Reality

On behalf of myself and (insert the persons name) I call in the Legions of 100% God Light, Elohim & Sun Centers, the entire Angelic Realm to join me now. I demand and command by the au

thority of God vested in me, that all forms of suicide, the suicide entity, the death-wish, the death-star and any other energies or forms of energy that create a purposeful removal of life on the Earth by the individual to be inflicted upon himself be cleared and removed now. I demand that they be escorted out of this reality now. It is done.